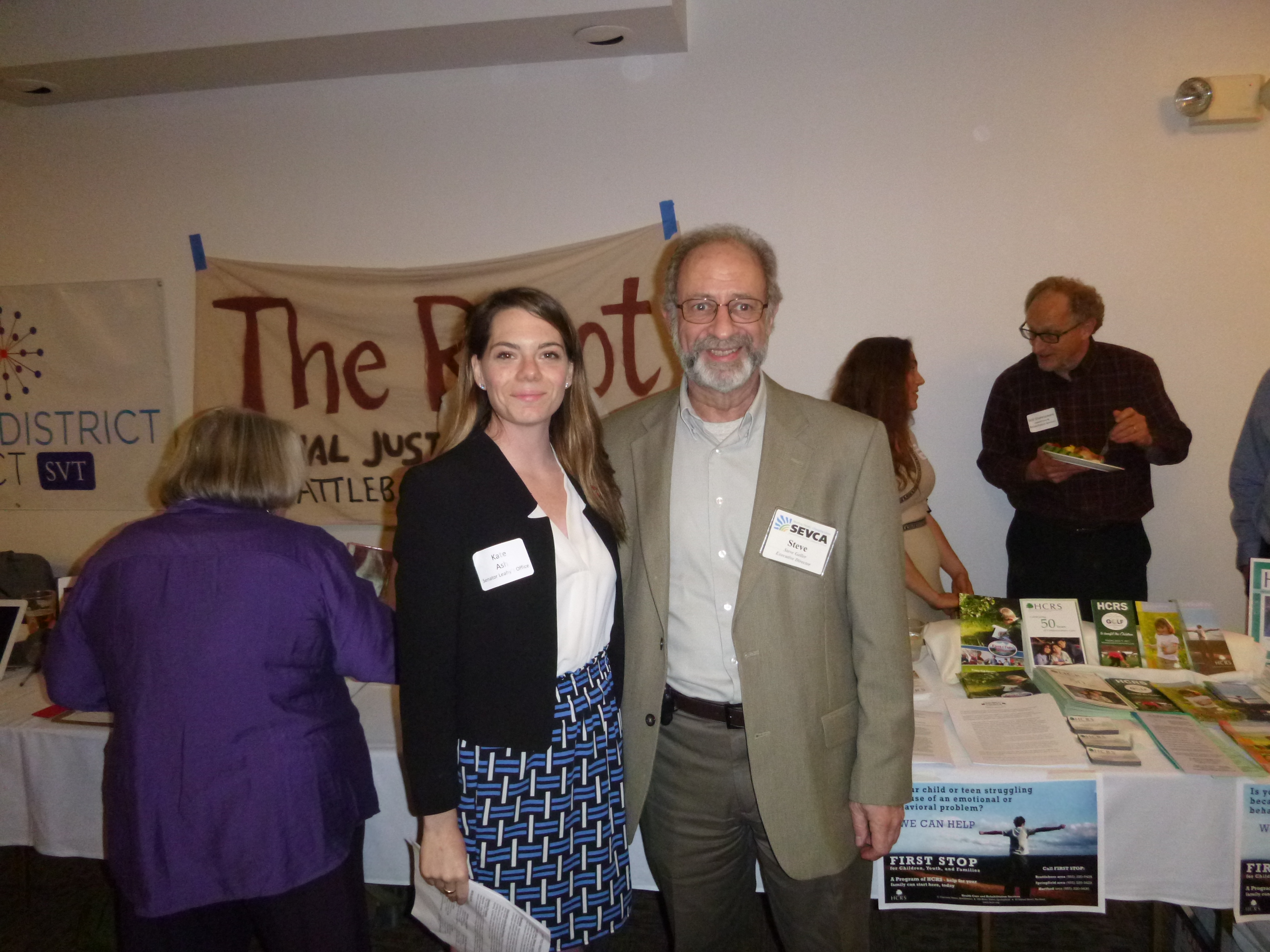 In her inspiring address at SEVCA’s Community in Action event on May 25, Vermont Senate Majority Leader Becca Balint urged her listeners not to succumb to despair in the face of recent attacks by the Trump administration to de-fund or drastically cut human needs programs.

“Tonight I want to ask you this: What brought you to this work? What fired you up? What gives you hope? Because we need it…I need you to dig deep and find what brings you to this work.”

For Balint, it is her connections to others in her daily life that she said inspires her and fuels her determination…and that is exactly why SEVCA chose to organize Community in Action. As Steve Geller (quoted in The Commons last week) said about fighting to protect the safety net, “We can’t do this alone.” SEVCA felt that we needed to reach out to other community organizations to make connections and work together to oppose the massive assault by the President and the Republican-led Congress on programs like health care, housing, fuel assistance, education, job training, treatment for addictions, assistance to people with disabilities, etc. In fact, Trump’s recently released budget would cut $2.5 trillion over 10 years to programs that help struggling low-income families and individuals, which includes decimating the Affordable Care Act and Medicaid and causing 23 million people to lose health coverage.

MaryLou Beaver from Every Child Matters spoke about what the impact of these cuts would be on Vermonters, where a full 1/3 of the state budget comes from federal funds. She said that over 28,000 people would lose fuel assistance and 18,000 would lose food assistance (3SquaresVT), including close to 10,000 households with a disabled member. She lauded the recent successful campaign to save LIHEAP (fuel assistance) from funding cuts in the current year’s federal budget, and urged everyone to keep fighting. Other speakers also emphasized the importance of continuing to communicate with their legislators, including staffers from Vermont’s Congressional delegation: Kate Ash, from Senator Leahy’s office, Katarina Sisaius from Senator Sanders’ office, and Kevin Veller from Representative Welch’s office.

Here are links to two articles about the event:

Participants at Community in Action had an opportunity to connect with 20 organizations that oppose these cuts or are advocating for innovative solutions to strengthen programs and protections for vulnerable community members—such as Vermont’s Raise the Wage Campaign and Physicians for a National Health Program. Here is a list of these organizations with contact information:

"If I could give you one thought, it would be to lift someone up. Lift a stranger up--lift her up. I would ask you, mother and father, brother and sister, lovers, mother and daughter, father and son, lift someone. The very idea of lifting someone up will lift you, as well."